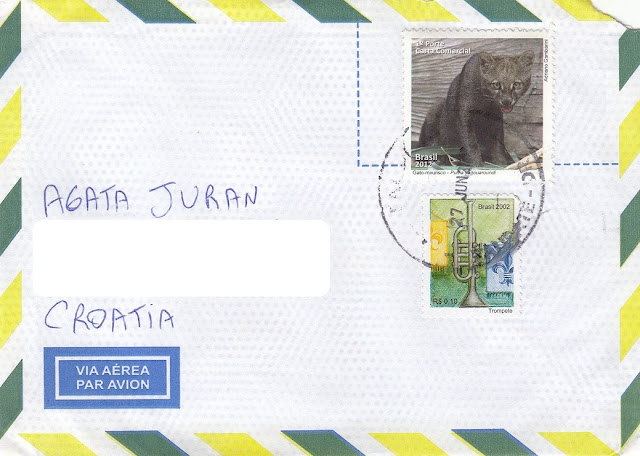 The jaguarundi is closely related to the much larger and heavier cougar, having a similar genetic structure and chromosome count. While both species have been traditionally placed the genus Puma, the jaguarundi is now sometimes classified under the genus Herpailurus (to be honest, animal classifications sometimes downright confuse me). Despite the usual feline solitary lifestyle, they seem to be somewhat more gregarious than many other cats; they make an unusually wide range of vocalisations, including purrs, whistles, yaps, chattering sounds, and even a bird-like chirp (this made me chuckle :D).
More J-entries on this Sunday Stamps link.
Posted by agi at 19:06