Sunday Stamps #100 - Show Us Something Special! 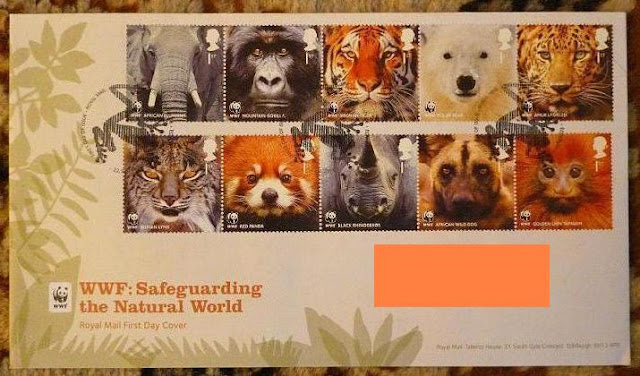 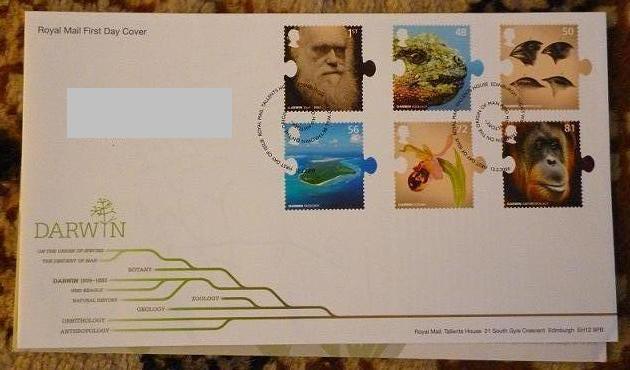 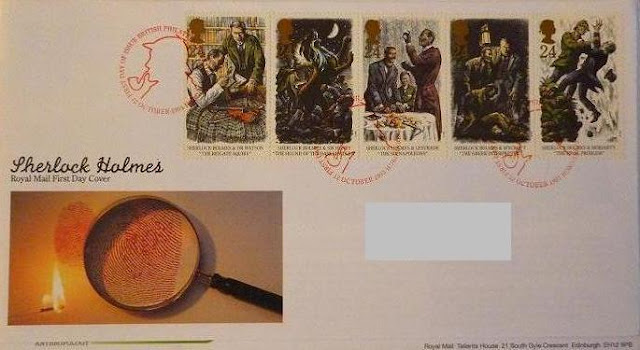 First of all, congratulations to everyone participating in this great project, i am sure it is only 1st of many 'anniversaries' ! To celebrate, we show something we deem special - though in a way everything we decide to show for Sunday Stamps is special :)) But I immediately thought of these Royal Mail FDCs, because I don't think I would normally show them as they were not addressed to me...sometimes I browse ebay, as I have mentioned, but these (upper two) I have specifically looked for, because they were immediately sold out on the RM web-site! And although I was in the UK at the time of their issue, it was impossible to find them in POs :/ I think Royal Mail issues some of the most interesting and/or stunning sets, and getting them can be something like an ordeal..!

Anyways, here they are :)
*As a huge animal lover, and fauna being the favourite theme on covers, I chose this awesome set celebrating the 50th anniversary of WWF; featuring face-on-camera portraits of ten endangered animal species - the African elephant, mountain gorilla, Siberian tiger, polar bear, Amur leopard, Iberian Lynx, red panda, black rhinoceros, African wild dog and golden lion tamarin. Issued March 2011.
*The six "jigsaw" shape stamps celebrate the 200th anniversary of Charles Darwin's birth and the 150th anniversary of On the Origin of Species. More specifically, they commemorate Darwin and the areas of study which inspired his ideas of evolution : zoology, botany, geology, ornithology and anthropology. Issued in February 2009.
*So very British - the brilliant detective Sherlock Holmes, again reaching heights of popularity thanks to the recent movies and modernised TV series. The se-tenant strip of 5 stamps shows the scenes from different novels and with different characters. Interesting red cancellation! Issued in 1993.

This is turning into a monstruously (Moriarty-like?) long post, so I better leave you to check other very interesting posts for this sunday ;)

Sunday Stamps #99 - Stamps With A Message 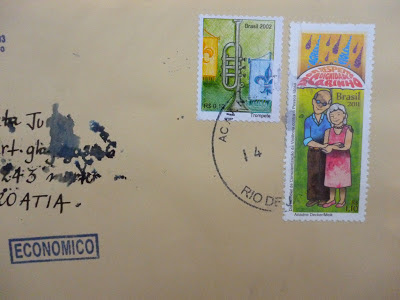 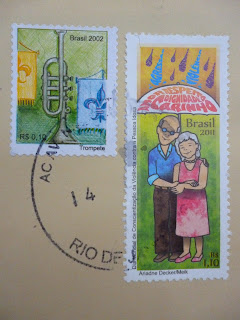 After a short break I get to participate in Sunday Stamps again - this week's theme has made me struggle again heh, but i have found this lovely Brasilian stamp issued in 2011 promoting the World Day to Combat Violence Against the Elderly. A couple is protected from the aggression, disrespect, indifference and  violence carrying a 'shield' (umbrella) made of love, respect, dignity and affection. Great message :))) Funnily enough it looks like it has rained on this cover..!
Many nice entries, check them out: