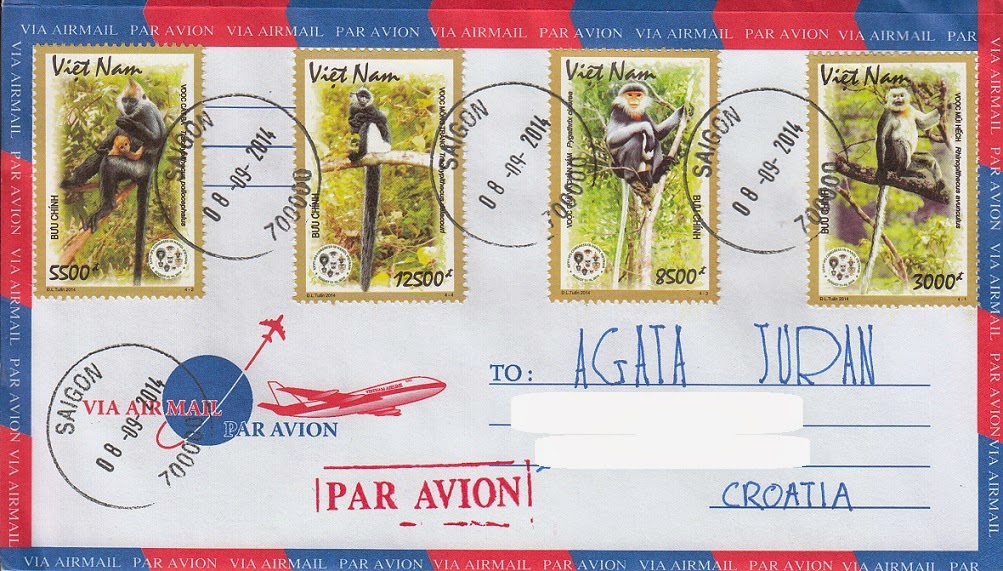 Fantastic airmail cover from dear friend showing critically endangered specied of primates native to Vietnam:
*White-headed langur (Trachypithecus poliocephalus). The nominate subspecies, often known as the golden-headed or Cat Ba langur, is among the rarest primates in the world, and possibly the rarest primate in Asia, with about less than 70 langur left in the world.
*Delacour's langur, or Delacour's lutung, (Trachypithecus delacouri). I found the description on wikipedia quite confusing: adults measure from 57 to 62 centimetres in head-body length, with a tail 82 to 88 millimetres long. Come on, their tails are so stunningly long! Centimetres rather than millimetres ;)
*Gray-shanked douc langur (Pygathrix cinerea). I must admit I have never heard of a douc before, I've learnt something new! These colobine Old World monkeys have an extremely striking appearance;  they are hunted for bush meat and for traditional medicine purposes.
*Dollman's snub-nosed monkey (Rhinopithecus avunculus). Endemic to northern Vietnam's Tonkin region. Sightings of the monkey have become increasingly rare - it was even thought to be extinct until the 1990s.
All of these unique creatures face the same problems...I start to wonder how much at all can be done to preserve the endangered species habitats :( Its the way of the world that humans are expanding and it doesn't seem likely that it can end...Thank you Mu Chu for this cover :)
Posted by agi at 14:11 No comments:

Flowers Of Isle Of Man 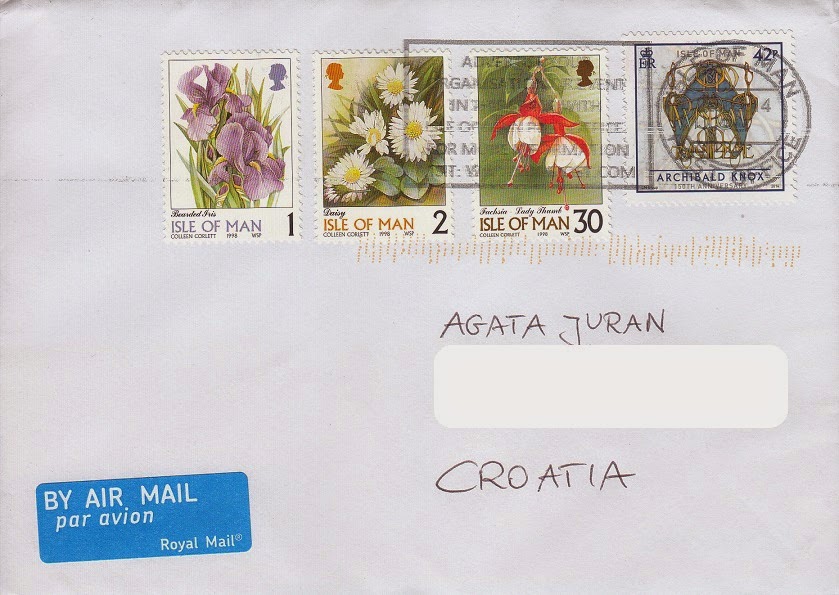 Lovely most recent addition in the form of this flowery cover, vielen dank Wolfgang :)

Email ThisBlogThis!Share to TwitterShare to FacebookShare to Pinterest
Labels: flowers, isle of man 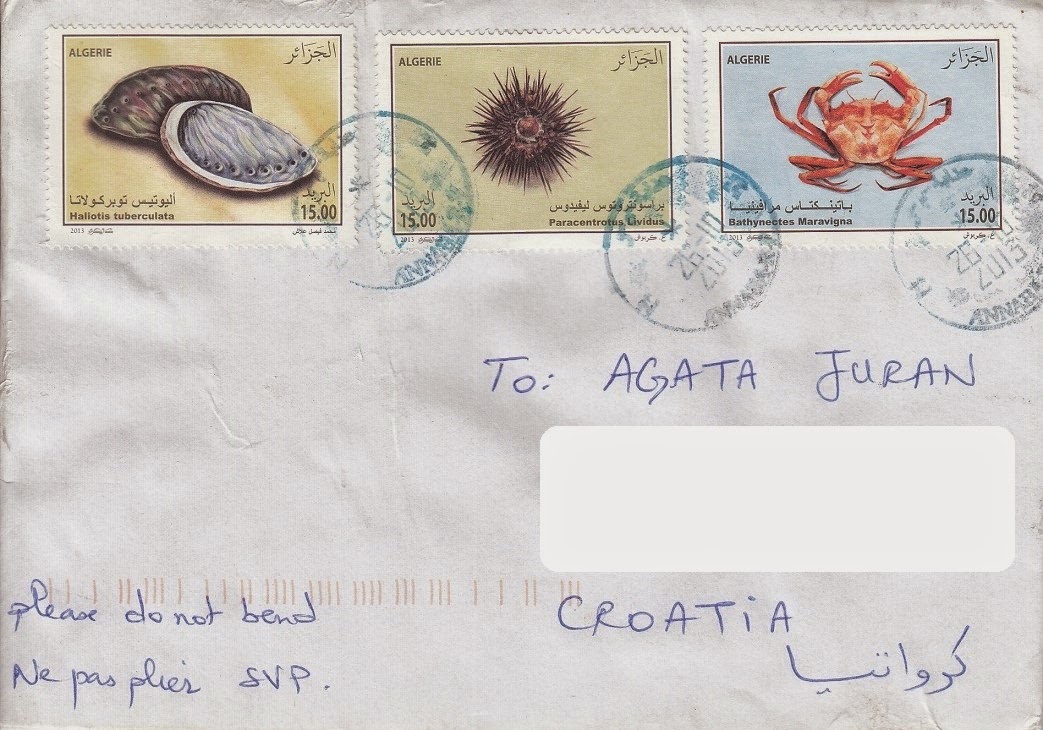 Many thanks to Khaled for this set showing Green Ormer, Purple Sea Urchin and Swimming Crab :)