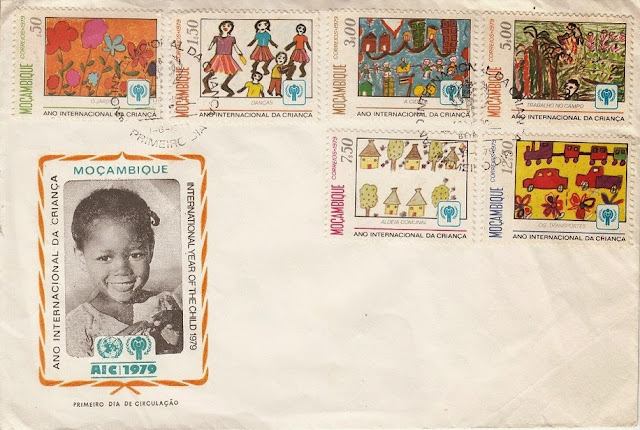 Sunday Stamps #168 theme: of children and for children. Lucky chance I have acquired this International Year Of The Child FDC from 1979 last month at a market in Lisbon, with colourful children's drawings. There were many covers from Portugal and its former colonies, and I really had to exercise some serious abstinence!
UNESCO proclaimed 1979 as the International Year of the Child. The proclamation was signed on January 1, 1979 by United Nations Secretary General Kurt Waldheim. A follow-up to the 1959 Declaration of the Rights of the Child, the proclamation was intended to draw attention to problems that affected children throughout the world, including malnutrition and lack of access to education. Many of these efforts resulted in the Convention on the Rights of the Child in 1989.