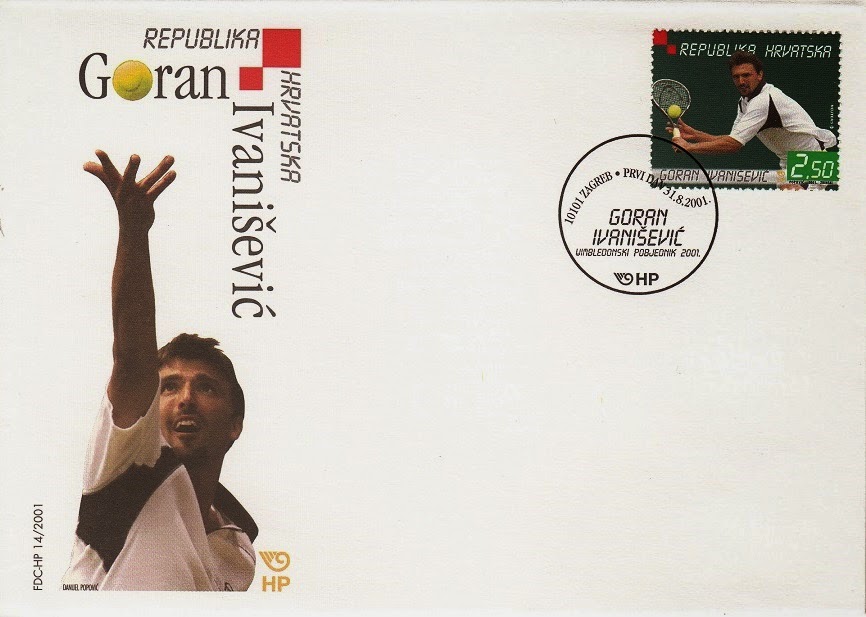 I wasn't to post but one entry for Sunday Stamps, but then reading Ana's blog reminded me of this FDC which is apt for today as the Wimbledon finals Djokovic vs Federer is being played as we speak.
The whole nation was in front of their TVs in 2001 during Wimbledon finals, holding their breath dozens of times during the tense Ivanisevic vs Rafter match - the win came after five sets and tie-break in the last one, you can imagine the nerves! Esp for Ivanisevic who was known not only for his fast serve but also for swearing a lot and breaking his rackets heh. He was already nearing the end of his professional carreer and entered the tournament unseeded - he became the first wildcard, the first Croatian and the lowest ranked player in history (world No. 125) to claim the Wimbledon title :))
Posted by agi at 18:06