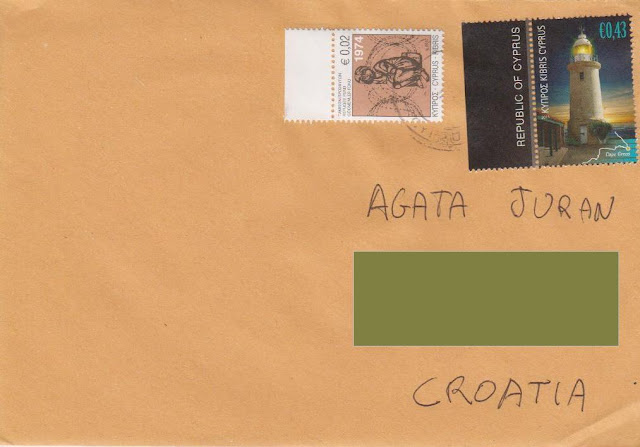 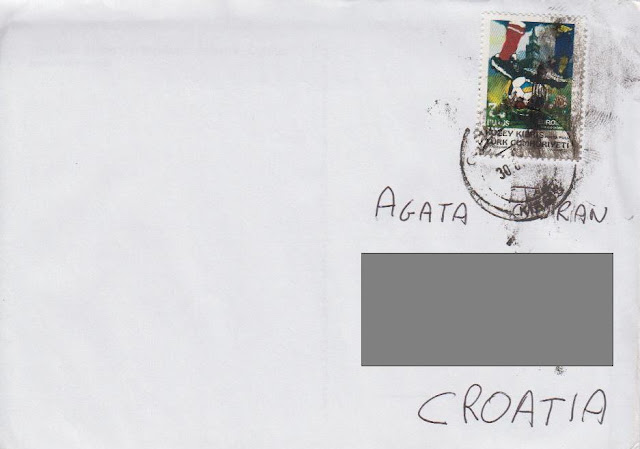 I received wonderful surprises from Luca last week - Cyprus and Turkish Cyprus covers :)))
The first cover shows Cape Greco lighthouse; its one of the two lighthouse stamps in a set, issued in 2011.

The second is this year's European football championship issue of Northern Cyprus.Actually there is a third cover from Luca, which is so fantastic i'll leave it for next time when i have more time to write about it xD Thank you thank you thank you!!