As the theme for this week's Sunday Stamps #169 is  stamps from Russia or other former communist countries, reaching into my former homeland's stamp collection seemed a logical choice. And to start with, a set that immediately associates with the theme with its burning red stars: issued in 1964 for a communist congress. 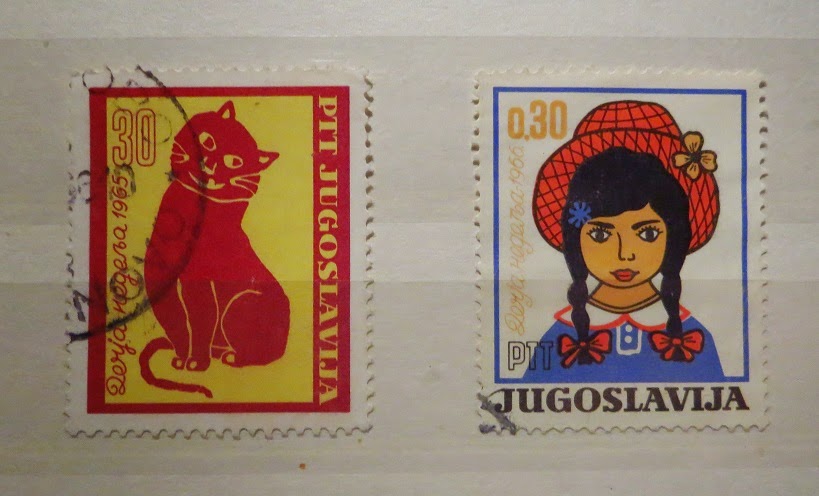 Two examples of stamps issued for the children's week (dečja nedelja) each year, would have been apt for last week's theme as well :) 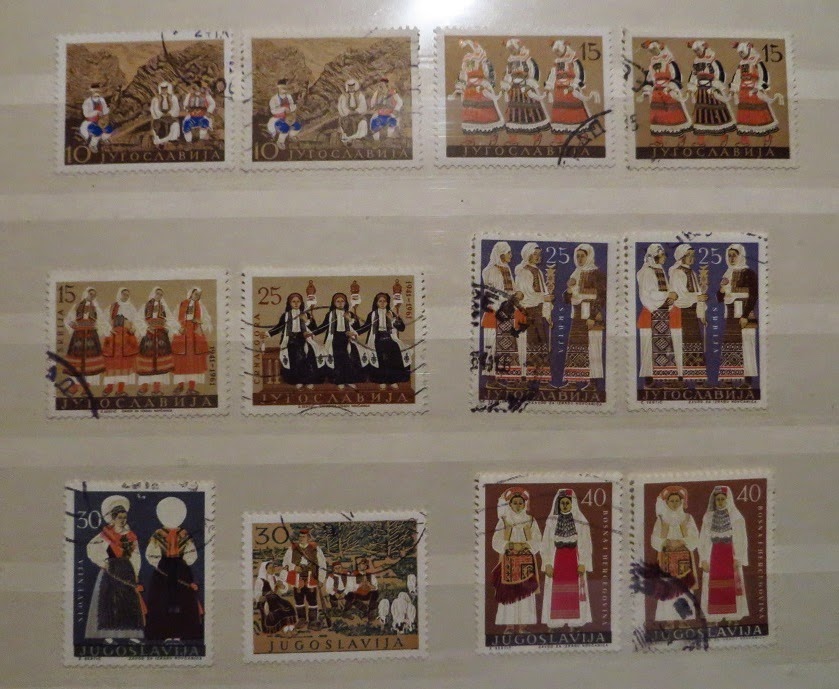 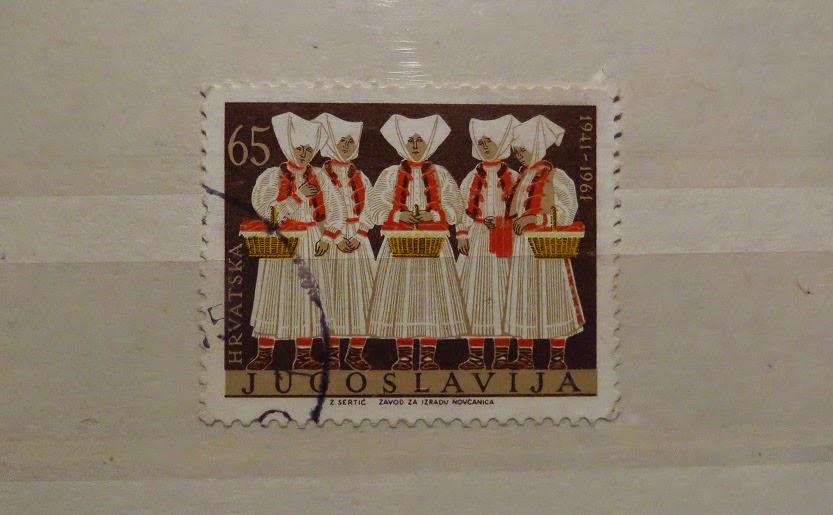 I have acquired some Yugoslavian stamps on my own but I was also lucky to inherit an album with lots of wonderful sets of mostly used stamps - here is a collection of national costumes, they are actually parts of different sets issued over the years. I have singled out a Croatian example for the set issued in 1961, which I believe is showing the national costumes of Jamnica in the capital region. I just love those 'head covers'! (in search of a better word)
More stamps on the theme can be found via this link: